Having a huge screen rocks! 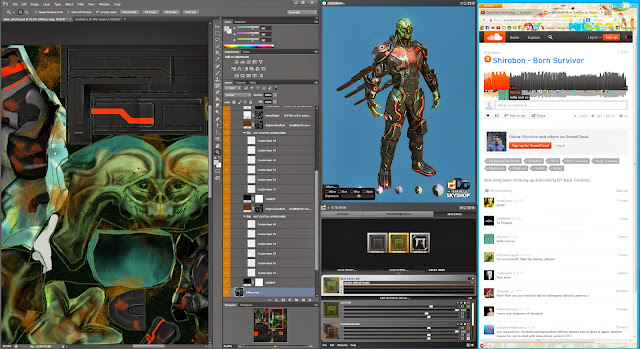 Ahyeah! I've just recently just realised the amazingness of having a huge screen : ) It's been a while since I've done any real texturing, hell, I haven't even been creative on my spare time at all lately. But now that I've been sick I haven't been able to go to the gym as often as I used to, so I picked up 'creativity' again :) Ouuhhhh, mmmmMmmm, it's so awesome being able to have all the windows collected on One single screen. I no longer have to turn my head to see the texture update, no, It's all there....on one screen. Ah ouhhh, nerdgasm here...mmmmmm.