I never post screens on stuff I do, so here's an effort to change that. Anyway! I had a few hours free and I wanted to explore using 3D scanned assets along with a Zbrush workflow to create unique cool rocks, and here's a fast environment trying it out. It's basically One rock, with baked maps and a snow material that projects it accoring to the objects up axis (too tired to explain it in depth). I also created a cloud particle system using Houdini, Photoshop and some material wizarding. Ouhh! The white birds are also "clouds" hahah. anyway, here. 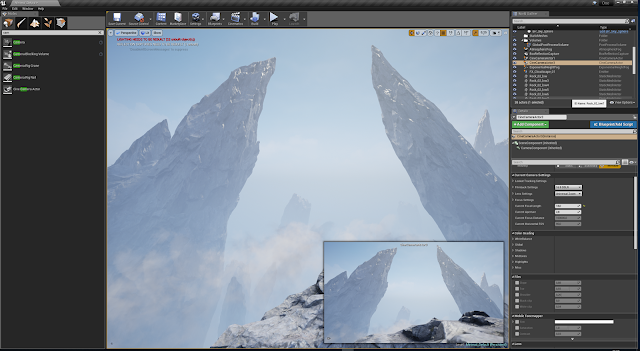 Second iteration, adding a t-pose character I did way back and creature in the background for some mystery. Also moved the camera back a bit to show more of the vista, but kinda lost the epic angle of the mountains. Maybe there will be a third iteration fixing that. And I'll bring back the clouds aswell. 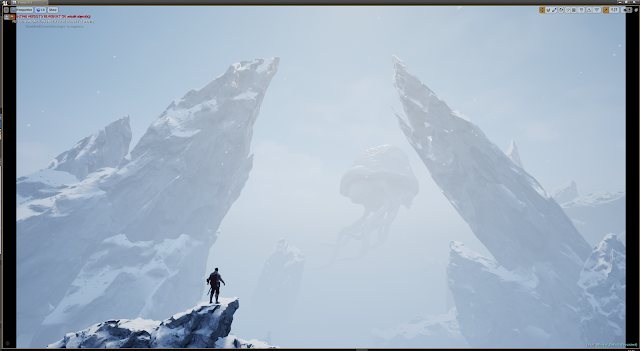